Skip to main content
You are the owner of this article.
Edit Article Add New Article
You have permission to edit this article.
Edit
Home
News
Sports
Obituaries
Opinion
Classifieds
Jobs
Archives
e-Edition
Contact Us
Share This 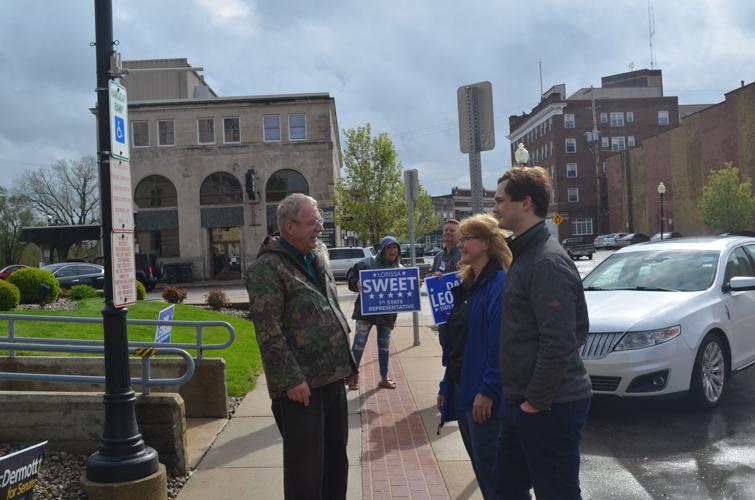 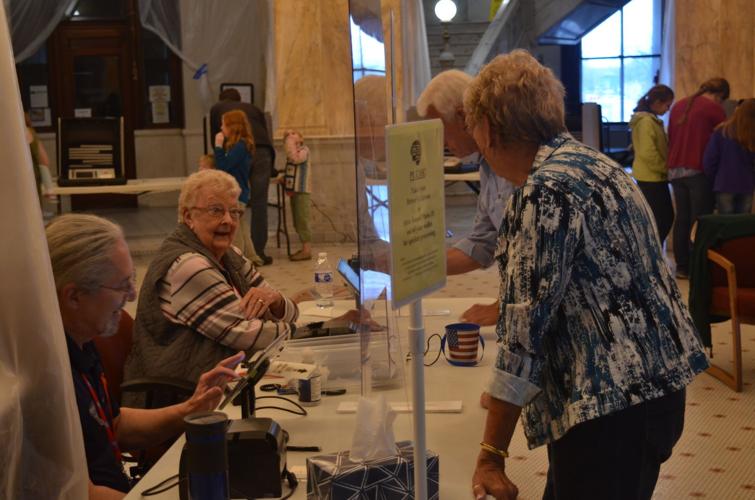 This story will be updated as results come in throughout Tuesday night and Wednesday. Be sure to check back later for more information and interviews with candidates.

People across Huntington County are went to the polls today to vote in this year's primary election.

While some candidates are running unopposed, other races like the one for the Indiana 50th house district are hotly contested. Read more about all the candidates here.

With all precincts reporting in Huntington and Wabash Counties, Lorissa Sweet leads Dan Leonard 3,892 to 3,019.

Given that significant margin, it is highly unlikely that the outstanding results from townships in Miami or Wells counties will change the outcome.

Boone conceded the result and told the Herald-Press she does not plan to request a recount. Under Indiana law, there is no automatic threshold under which a recount is automatically triggered.

Burnworth odd one out for township board seat

Tim Guy, Tamera Kline and Mike Perkins were elected to the three open seats on the Huntington Township Board, leaving Patty Burnworth (1099 votes) as the one candidate to not qualify.

With no Democratic candidates running in the primary, Perkins (1358), Kline (1176) and Guy (1162) are the presumptive winners in the general election as well.

A lack of many contested races and dreary spring weather didn't keep primary election voters away from the polls Tuesday.

Leonard himself was still on the campaign trail outside the Huntington County Courthouse with less than an hour before polls closed yesterday. He was accompanied by a few supporters, including Jodie Posillipo, who said she had been out all day talking to voters.

"Dan is definitely a conservative Republican," Posillipo said. "He's for small government. He's supported by Right to Life, second amendment – that's all important to me. I think we need to get back to our roots and more of why we are a country, which is our constitution."

A Sweet supporter also was in the same area talking with voters, although she declined to comment.

Yvette Runkle, Huntington County's Voter Registration Deputy Clerk, said it had been "slow" at the courthouse and that the county had seen roughly 17% turnout as of 5 p.m. yesterday.

At one Wabash County vote center, Zion Lutheran Church, poll worker Kayla Vandiepenbos said they day about 80 voters turn out to that location on Monday and had about 295 as of 1:30 p.m. Tuesday.

“Voting is going really well today. Everything's working great,” said Vandiepenbos. “I've never done this before, but from what I'm hearing it's going very well. We have quite a few voters yesterday.”

As voters made their way down the church's driveway to park outside there were competing signs on either side of the road for candidates in the 50th district race.

However, the couple seated across the road holding signs supporting Sweet, Loren and Bernadette Hays, were quick to express their support, for obvious reasons.

“She's our daughter,” said Bernadette Hays, laughing. “As far as we know it's going good.”

Loren Hays said the voting had been “fairly steady” all day.

“We've never voted here before, so we don't have anything to compare it with, but there seems to be a fairly decent flow,” said Loren Hays.

Bernadette Hays said she had been campaigning at a voting location in Converse from 6 to 11 a.m. Tuesday.

“For fairly small precinct to vote it was pretty steady,” said Bernadette Hays.

When asked if there had been any arguments with the Leonard supporter across the road, Bernadette Hays just laughed.