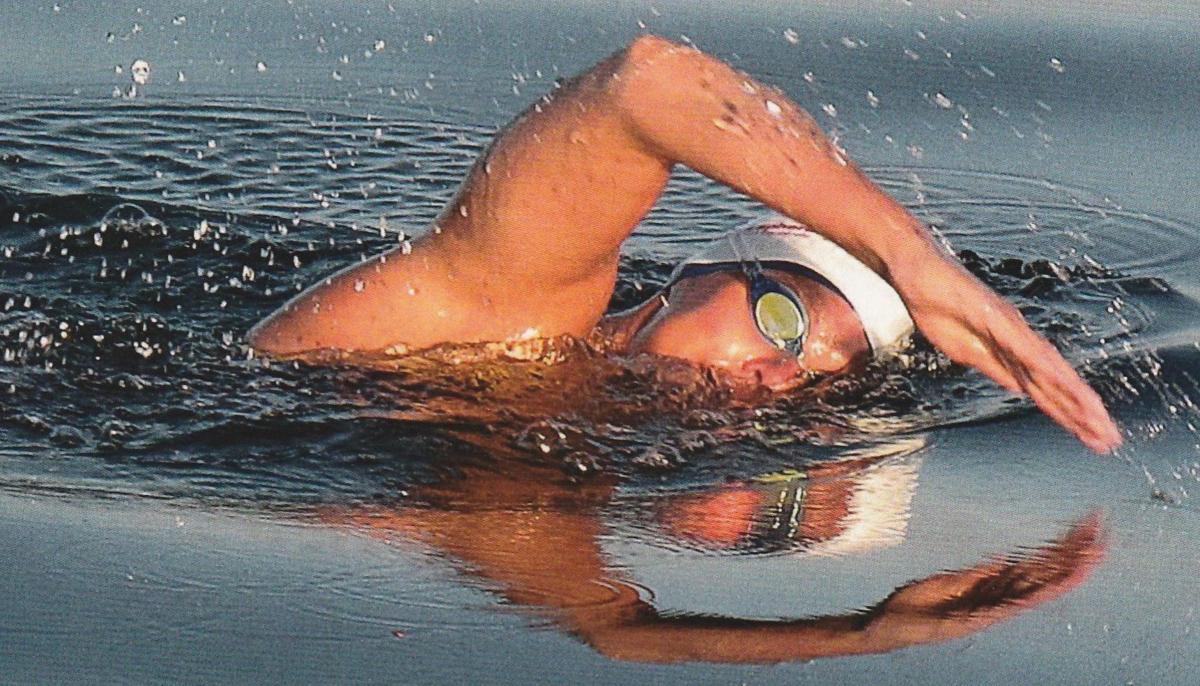 Huntington resident Katie Blair, who is originally from Germany, takes on long-distance swims across the globe. 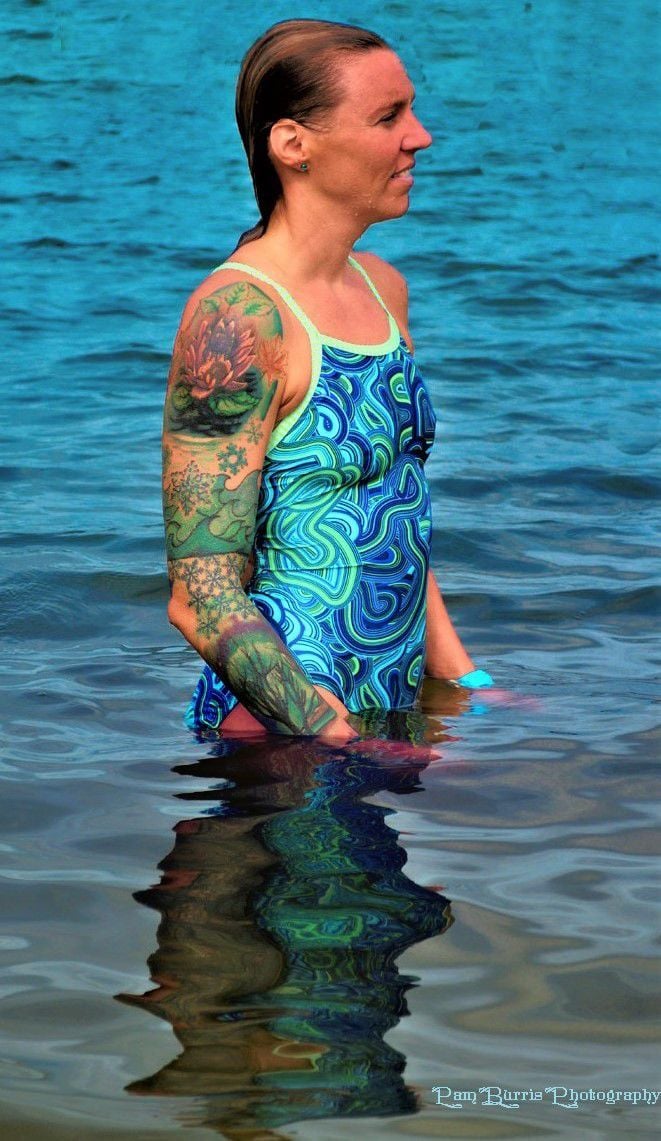 Blair emerges from the water after a recent swim.

Huntington resident Katie Blair, who is originally from Germany, takes on long-distance swims across the globe.

Blair emerges from the water after a recent swim.

Many people can swim, but not many can say they’ve swam across various channels of water throughout the world. One woman who has accomplished this goal is marathon swimmer Katie Blair.

Born and raised in Germany, Blair began swimming when she was in middle school. She grew stronger in her swimming abilities as the years went by due to dedicated mentors and instructors.

“I had a very amazing coach in my teenage years who really instilled a learning mindset in me and taught me how to always orient upwards and towards those that you can learn from. This mindset has proven invaluable across many life challenges outside of the water,” Blair said.

As well as swimming, Blair competed in triathlons. Through hard work and perseverance, her athletic abilities won her world champion awards at a young age.

“I was the International Triathlon Union junior world champion for the 18 to 27 age group for long distance in 2001, but struggled to run fast enough to make it among the pros and eventually retired,” Blair said.

After her son was born in 2004, Blair thought she was done with competing in triathlons. She decided to give swimming another try and train on a more serious level.

“In 2008, while in grad school at Colorado State, I met marathon swimmer Joe Bakel who was training locally for the English Channel. I was fascinated by this group of ‘crazies’ that would swim through cold and dark mountain lakes at 4 a.m. before work and the English Channel became my goal,” Blair said.

As Blair grew more confident and able in her swimming abilities, she managed to swim across great bodies of water. In 2020, she swam 41 miles from St. Lucia in the Caribbean to the Martinique in France.

She has also swam across the Lake Erie Crossing in 2019, Key West in 2017 and 2009, Lake Memphremagog in Vermont in 2015, Tampa Bay in 2015 and the Hawaiian Molokai Channel in 2013. Blair completed the Triple Crown of Open Water Swimming which included the English Channel in 2012, the Catalina Channel in 2010 and the Manhattan Island Marathon Swim in 2010.

She attempted to swim from Ireland to Scotland in 2014, but due to the cold temperatures had to stop after eight hours due to an onset of hypothermia.

“It’s always hard to not finish on land, but such is the nature of our sport. Failing goes a long way and you never take anything for granted. I always try to focus on what I learned and keep striving to improve my own performance, independent from any records or external rewards. I am very intrinsically motivated and that seems very helpful,” Blair said.

Blair compares open water swimming to experiencing a mountain expedition. When it comes to open water swimming safety, Blair said many logistics come into play. It’s a team effort with boats and crews making sure swimmers are safe in the water. She believes swimmers need to know their strengths and weaknesses ahead of time so as not to seriously hurt themselves.

“It’s a total team sport. Even though I have swam some of the world’s most challenging bodies of water in just a suit, cap and goggles, I would say it is important to always have respect for the element and be realistic of one’s abilities. Most drownings happen in just a few feet of water. Lakes can be safe to swim in if the swimmer has sufficient skill and experience. One of the biggest dangers in open water is often boating traffic,” Blair said.

For the future, Blair and a group of swimmers plan to swim in the St. Lucia channel at 77 miles per 50 to 60 hours around the island.

“Success is unlikely and no guarantee, but I love the adventure of being out there. I can’t wait to see where my limit is going to be that day. I am actively looking for sponsors and supporters of this adventure,” Blair said.

While some family members may question Blair’s motives for swimming in such challenging waters, she said most of her family has been supportive about her dreams. As a young girl, she was encouraged to do what she wanted regardless of her gender.

“I don’t have family in the United States. My parents at home are still wondering why anyone would do this to themselves. My grandmother was always my biggest supporter. She lived through WWII and raised four children and did not have many opportunities to travel. She always encouraged me that there’s nothing I couldn’t do because I was a girl,” Blair said.

To further share her experiences, Blair has written a book called “Lessons From the Water: A Swimmer’s Journey Through the Tides of Life.” Blair said she wanted to share the challenging moments she had through life as an athlete as well as the accomplishments she’s made. Blair encourages those who are interested in sports or any other activity to understand with time comes success and happiness.

“Consistency is what makes an athlete and skill building takes time. Most importantly, worry more about loving what you do rather than results and records. It’s nice to have a great result, but enjoying the journey is what it’s all about,” Blair said.

Katie Blair has her own Facebook page at www.face book.com/katieblair78. Her email is kathrinblair@gmail.com. Visit her Instagram page @kathrinblair. Her novel “Lessons From the Water: A Swimmer’s Journey Through the Tides of Life” can be found on Amazon.com.