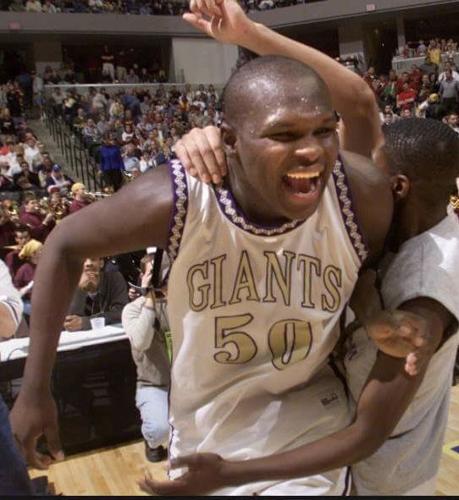 Former Marion Giants and NBA star Zach Randolph headlines a stellar class of 2022 inductees for the Grant County Sports Hall of Fame. The ceremony will take place Aug. 28 at 4 p.m. at the Grant County YMCA. 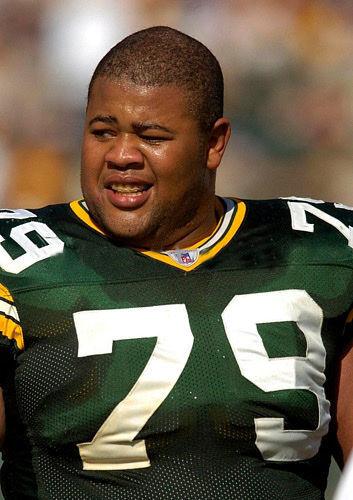 Marion High School alum Will Whitticker, who spent three seasons in the NFL, is part of the 2022 Grant County Hall of Fame induction class. 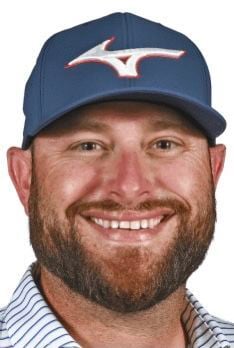 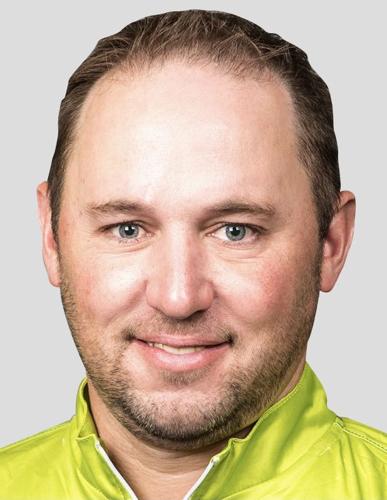 Former Marion Giants and NBA star Zach Randolph headlines a stellar class of 2022 inductees for the Grant County Sports Hall of Fame. The ceremony will take place Aug. 28 at 4 p.m. at the Grant County YMCA.

Marion High School alum Will Whitticker, who spent three seasons in the NFL, is part of the 2022 Grant County Hall of Fame induction class.

The Grant County Sports Hall of Fame tells an ever-growing story of a rich tradition that has passed through the hallways and around the campuses of local schools and universities.

Each of the dozen prior classes of inductees has been comprised of people and teams that forged a unique, lasting and impactful legacy in Grant County sports, and the newly released induction class for 2022 continues that tradition.

However, the Grant County Hall of Fame Class of 2022 is definitely one of the most unique to date.

“When you really look at this class, it’s kind of our, you could say the professional class,” said Hall of Fame president, Andy McCord Thursday afternoon, “because a lot of them have played professionally in their sport at some level. We feel like it’s a great class to kick-start us back into a regular basis now.”

The kick-start is necessary after Covid put regular Hall of Fame schedule of operations on a two-year hiatus, just a couple weeks after McCord and the board of directors had announced the Class of 2020.

While the festivities surrounding this year’s Aug. 28 induction ceremony will be different than in past years, the process of honoring deserving people with a place in the Grant County Sports Hall of Fame is set to resume.

“We are very excited to get it going again. We feel that it’s the best kept secret in Grant County,” McCord said. “There are so many people in that Hall of Fame that have represented Grant County in athletics … There’s such a rich tradition and we are excited to get that going and keep that going.”

Without any further rambling, here is a look at the 2022 induction class for the Grant County Sports Hall of Fame.

Perhaps the most dominant player to ever grace the hardwood locally, Z-bo went on to become one of the most statistically impactful players from Indiana to ever play in the NBA. Through 18 seasons and more than 1,100 games, Randolph averaged nearly 17 points and over nine rebounds for five different NBA team. He was twice and NBA All-Star and was an All-NBA third-team selection in 2011. Randolph had his number retired by the Memphis Grizzles, where he spent eight seasons.

Barnes was an all-state golfer and a state qualifier during his four years playing for the Giants. He went on to play four years at Austin Peay where he earned Freshman of the Year in the Ohio Valley Conference in 2007 and was named the OVC’s Player of the Year in 2009. He was also inducted into the Austin Peay Athletic Hall of Fame. Barnes has been competing professionally for nearly a decade now and will start his rookie season on the PGA Tour this fall.

Russell earned varsity letters in basketball, baseball, football, soccer and diving while competing as a Giant in high school. However, he made his mark professionally in the Professional Bowlers Association. Russell bowled in more than 300 PBA tournaments from 2003 to 2019 and finished in the money 185 times. He earned six tournament championships and won more than half a million dollars.

Whitticker earned all-state honors as an offensive tackle for the Giants and played in the North-South All Star Classic before moving on to play four years at Michigan State, where he was an All-Freshman Big Ten honoree.

Big Will was selected in the seventh round of the NFL draft by the Green Bay Packers and spent two seasons protecting Brett Favre. He also played one year for the Washington Redskins.

Drake excelled in both track and gymnastics for the Giants. She was a sectional champion and state qualifier on the balance beam in 2001. Drake also won two sectionals and a regional in the long jump and was a three-time state medalist. She finished fourth in 2001 and fifth in 1999 and 2000 in long jump at the IHSAA state track and field championships.

Russell was an all-state lineman for Oak Hill in 1980. He was also the first-ever Taylor University athlete to earn first-team NAIA All-American and first-team NAIA Scholar Athlete honors in the same season, doing so in 1985.

Russell signed NFL contracts in both 1986 and 1987, an accord to pro-football-reference.com, he two catches for 27 yards and a touchdown while playing for the Cincinnati Bengals in 1987.

Kitts ranks as the third-leading scorer in Grant County girls high school basketball history with 1,886 points. She was a top-15 scorer in the state each of her final three years playing for the Panthers and led Indiana as a junior with a 28.5 points per game average in 1998.

That year she set a single-game record that still stands with 46 points.

Kitts finished fifth in the state at 27 points per game as a senior and led the Panthers to a Class 2A sectional 39 championship. Kitts went on to have a stellar collegiate career at Ball State.

Mays helped the Giants win back-to-back 4A sectional title and led the Giants to a runner-up finish in the 2008 Class 4A state basketball tournament.

He became Marion’s 25th Indiana All-Star in 2008. Mays played two years at North Carolina State, one year at Wright State before finishing his college career with a year at Kentucky.

Mays finished with 1,495 points as a Giants, which ranks eighth on the all-time scoring list.

A special recognition selection, Jack Hart has been an ambassador for Grant County and the game of golf for many years. It’s impossible to estimate the amount of charitable money that has been raised through the use of Arbor Trace for scrambles and other fundraisers through the years. Hart’s hospitable nature has also helped nurture the golf games for players of all ages.

Miller was a charter member of Taylor’s Hall of Fame, inducted posthumously in 1973.

Led by Zach Randolph, the 2000 Giants assembled a 27-1 record and collected the seventh boys basketball state championship in Marion history.

“I look at this class and I think each one of them represent a couple of things. One is hard work,” McCord said. “To get to the level of Erik and Ronnie are achieving right now. The level that Zach achieved and Will and Wade Russell, you look at those guys that player professionally and the hard work that it took.”

This year’s Hall of Fame induction ceremony will be a standalone event. Prior years required purchasing a ticket and included a catered dinner.

The 2022 induction ceremony will begin at 4 p.m. on August 28 at the Grant County YMCA. A special reception will be held for previous inductees to mingle with the new class starting around 3 p.m.

The 2020 induction class will also be recognized.

The public is welcome to attend the induction ceremony at no cost, though McCord said the Hall of Fame would like a donation if anyone is planning to attend.

“The money goes directly to the Hall of Fame. We’re a non profit and none of us take a salary so we’re all volunteers,” McCord said about the situation.

“We utilize the money for scholarships for IWU and Taylor. We’re looking at possibly expanding that to all the high schools, any donation anyone would like to make they can certainly do it the day of or there will be a form in the program and they can mail it back to us.”

Another addition to this year’s Hall of Fame weekend, which will give the public an opportunity to potentially meet and greet, get autographs and pictures with this year’s class, will be a mini-golf tournament on Saturday, August 27 at River’s Edge as a fundraiser for the Hall. There will also be a buy-your-own breakfast meeting at IHOP that morning.

“Contact me or another board member to put a team together. It’s very cost effective to put a four-person team together go out and have a good time. Our goal is to eventually make it a full weekend of events,” McCord said. “We want to encourage people to come participate in the mini golf outing.

“If businesses are interested in sponsoring, whether it be the mini-golf outing or the Hall of Fame itself, we have very affordable packages where they can get adds in our program, signage for both the induction ceremony and the golf outing,” he added. “We want people to really be a part of this. It’s a community organization. It’s a community event.”

The Hall of Fame is also looking to have memorabilia donated for possible expansion at its current location at the YMCA. Anyone with some interesting artifacts from Grant County sports past, can reach out to McCord.

The best way to reach McCord in via email: Andy@eighty8entertainment.com.